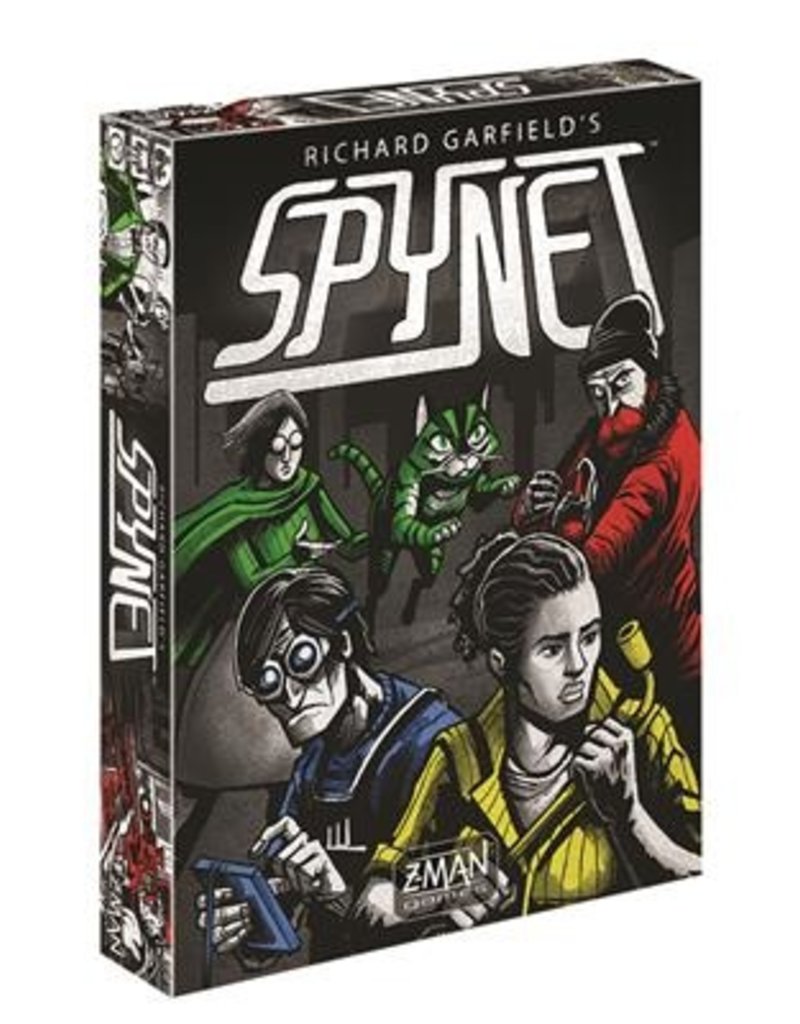 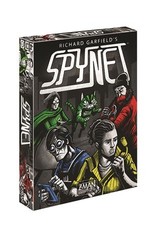 You are a master of espionage. Your mission: Dominate the world of undercover intelligence by employing agents to complete vital missions. To complete your mission, you must first build an underground network of highly trained agents from various branches of espionage. In the SpyNet card game, two to four players work alone or with a teammate to gather the information they need to recruit the best agents and disrupt their opponents' plans. With clever play and careful coordination, you can rise to the top of the intelligence world and become a dominant force in the world of covert espionage. In more detail, the deck includes agents, funding and missions. Players draw cards from a face-down lineup: Look at the first pile and take it or put it back to look at the second pile; look at the second pile, etc. After taking a pile, add one card to the empty spot in the lineup and each pile you passed, enriching the draw for the next player. Players place colour-coded agents to gain power in four fields: technology, infiltration, counterintelligence and enforcement. Finance can be applied to each agent, and some agents have special powers that take effect when they are played. A player can only complete a mission if his or her strength in the field of that mission is stronger than that of all other opponents.