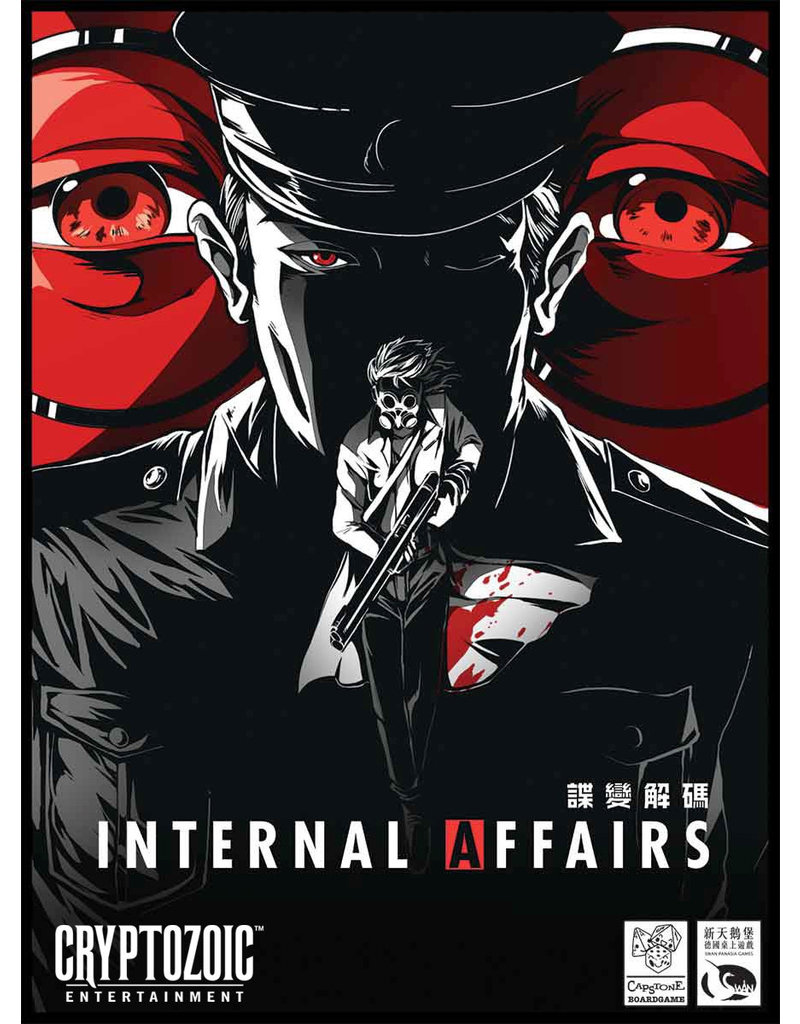 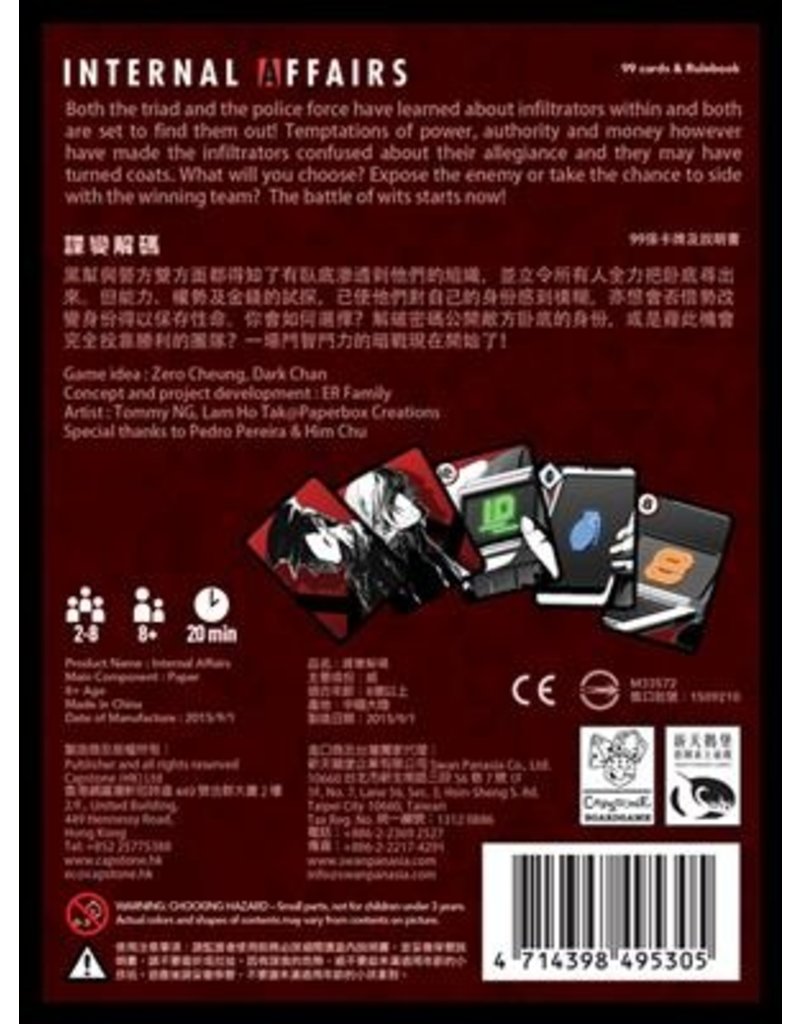 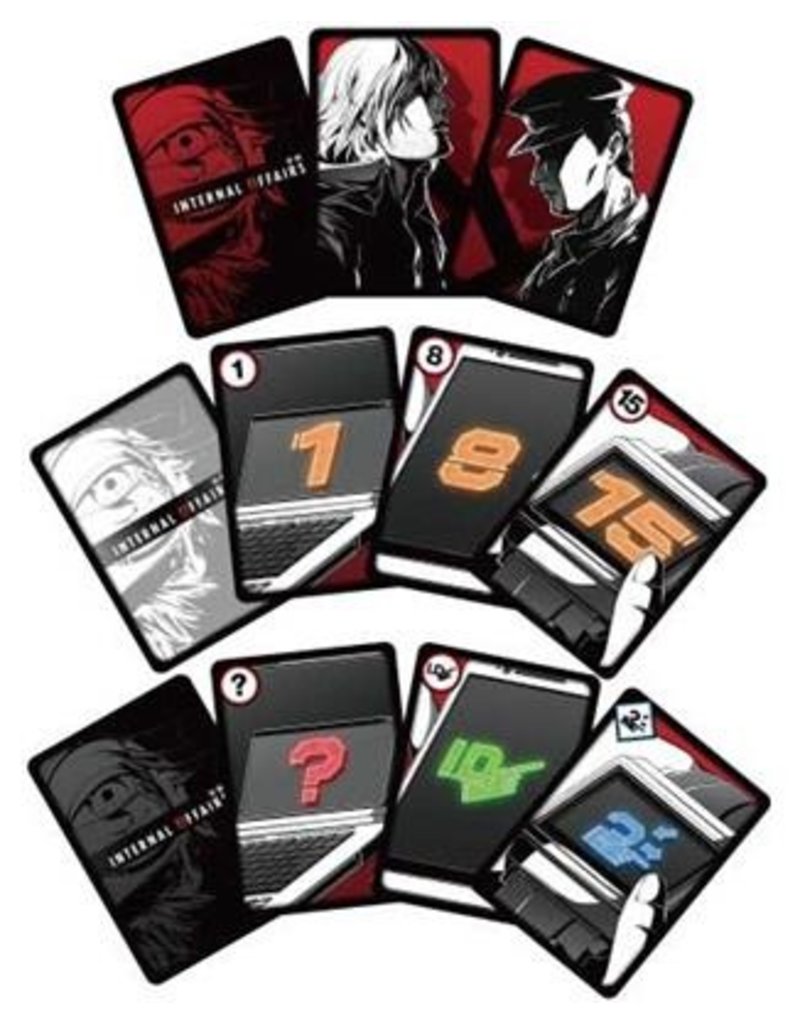 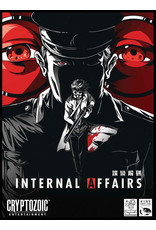 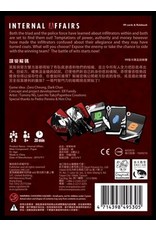 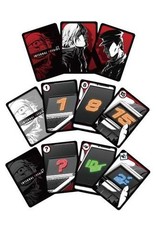 A team of infiltrators from the trinity has infiltrated the police. But the police have also sent a team of undercover agents to infiltrate the Trinity. Ten years later, they are still undercover, but their minds are twisted by the lure of power, authority and money - and no one is sure of their original role anymore. Both groups learn they have been infiltrated and want to eliminate the moles. Each mole has a secret code to lock down their identity file, and once the code is cracked, their identity is fully revealed. The battle of wits now begins. Exposing the enemy or taking the chance to change their identity forever can save their lives as long as no one knows who is who! Internal Affairs is an intense elimination game between infiltrators from both the Triad and the police force. Each player has a set of secret identity cards that determine that player's loyalty. Each player also has a secret code, which when cracked reveals the player's real ID. At the beginning of the game, each player has five code cards and chooses three of them to be the secret code that locks the identity file. During their turn, players try to crack other players' codes to find out who is who and lead their team to victory. However, the action cards allow the identity cards to be passed from player to player and this can change each player's loyalty. Players must win quickly or they may find themselves on the losing team when they least expect it.