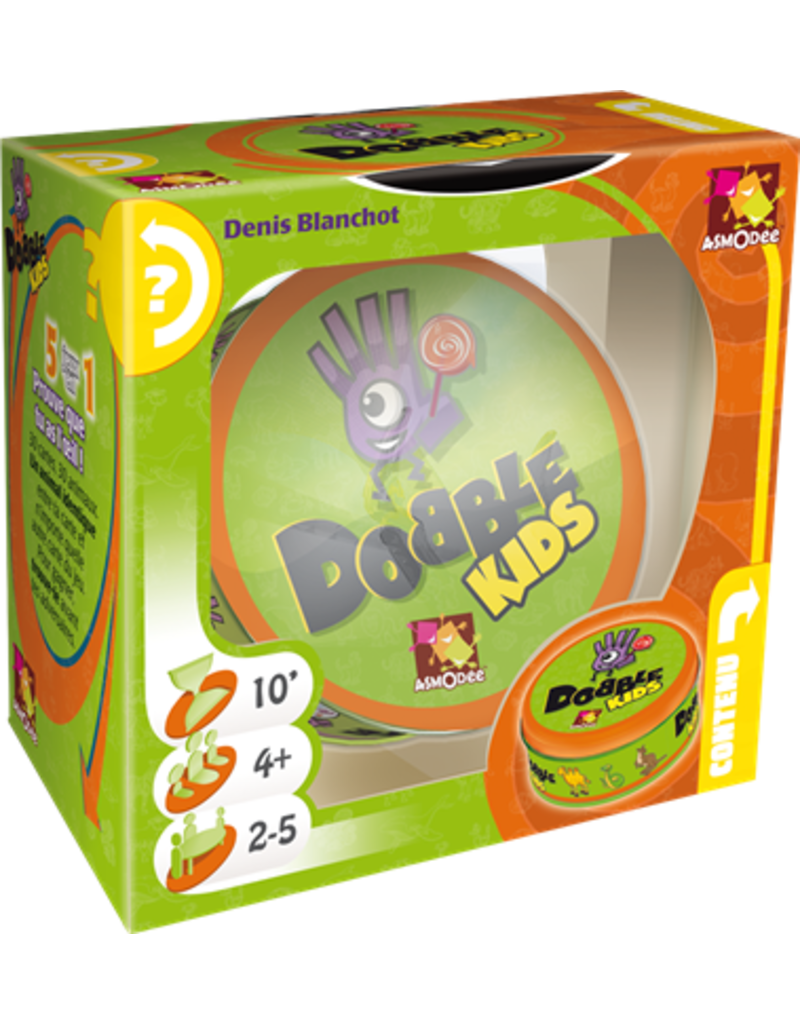 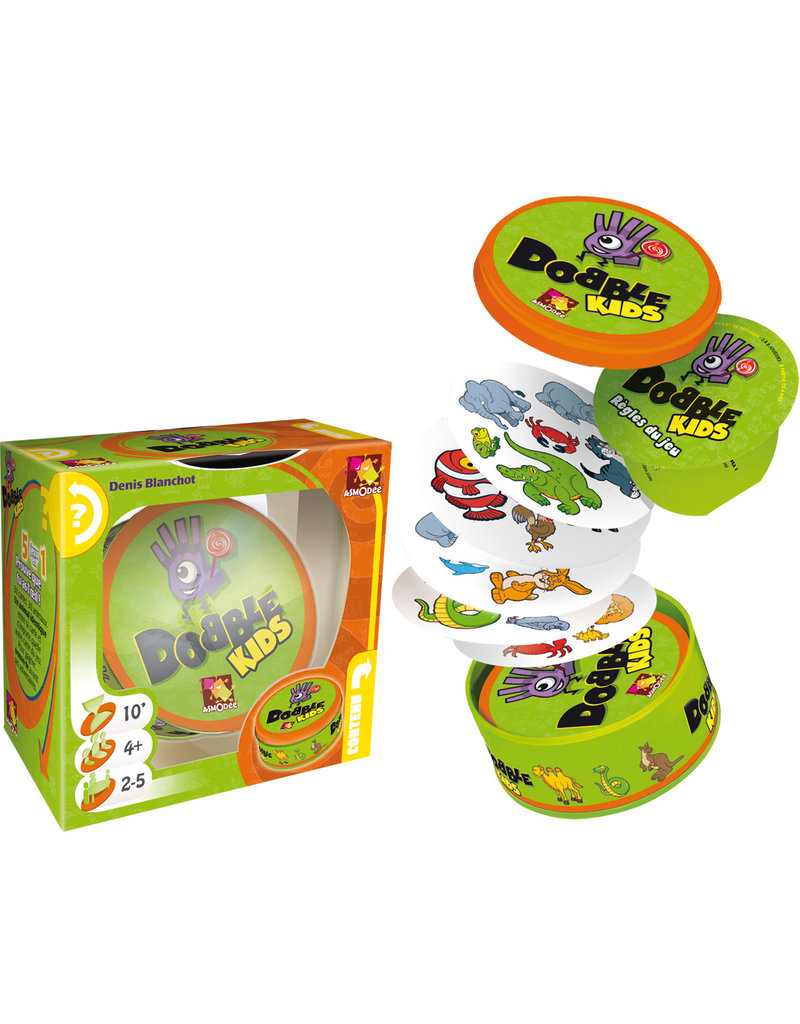 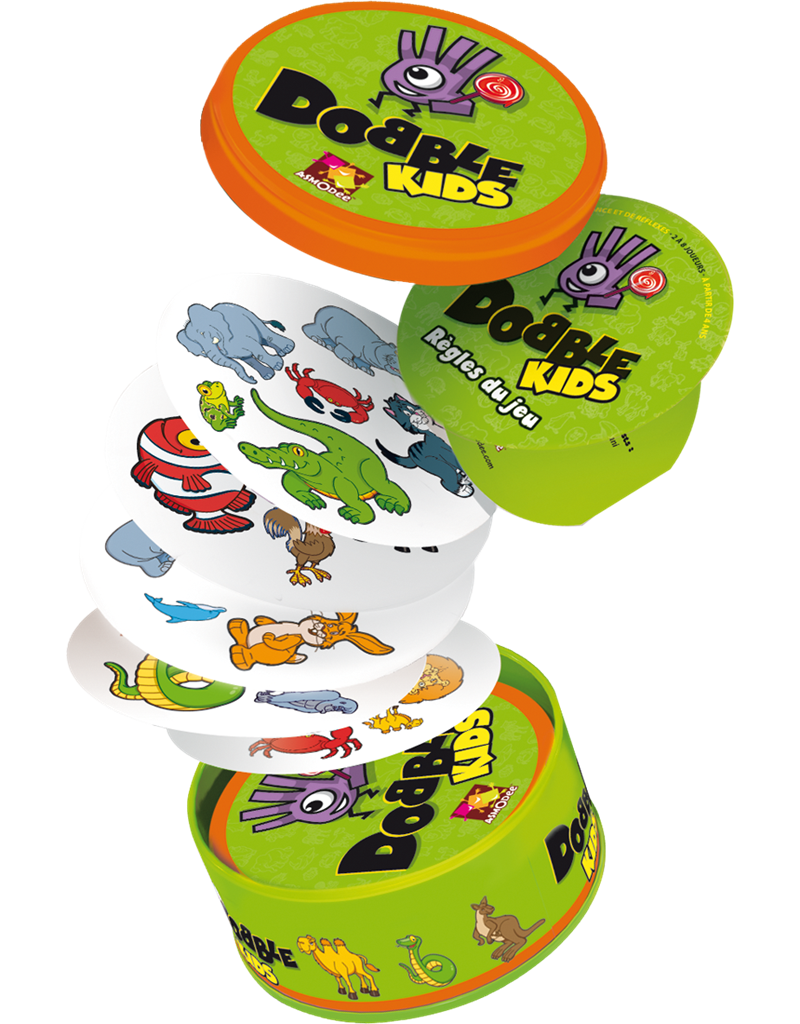 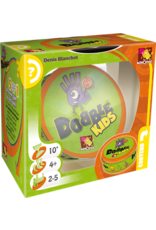 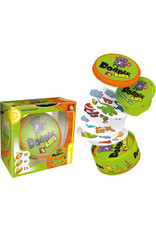 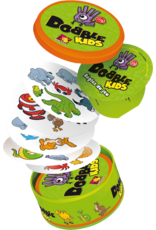 Dobble Kids is the simplified version of the popular game Dobble for the little ones to play. Each card in Dobble Kids shows 6 different animals, the size of which varies from card to card. Every 2 cards have exactly 1 animal in common. Each time a card is shown, a second card is shown. The player who finds 2 of the same animals gets the first card. Then a new card is turned over and the players have to take out the identical ones again. Whoever has the most cards at the end wins.